Over 150 years ago William Pullum worked as a fish porter in the famous Billingsgate Market in London; his porters badge number was 100.

He was known as

Over 150 years ago William Pullum worked as a fish porter in the famous Billingsgate Market in London; his porters badge number was 100.

He was known as 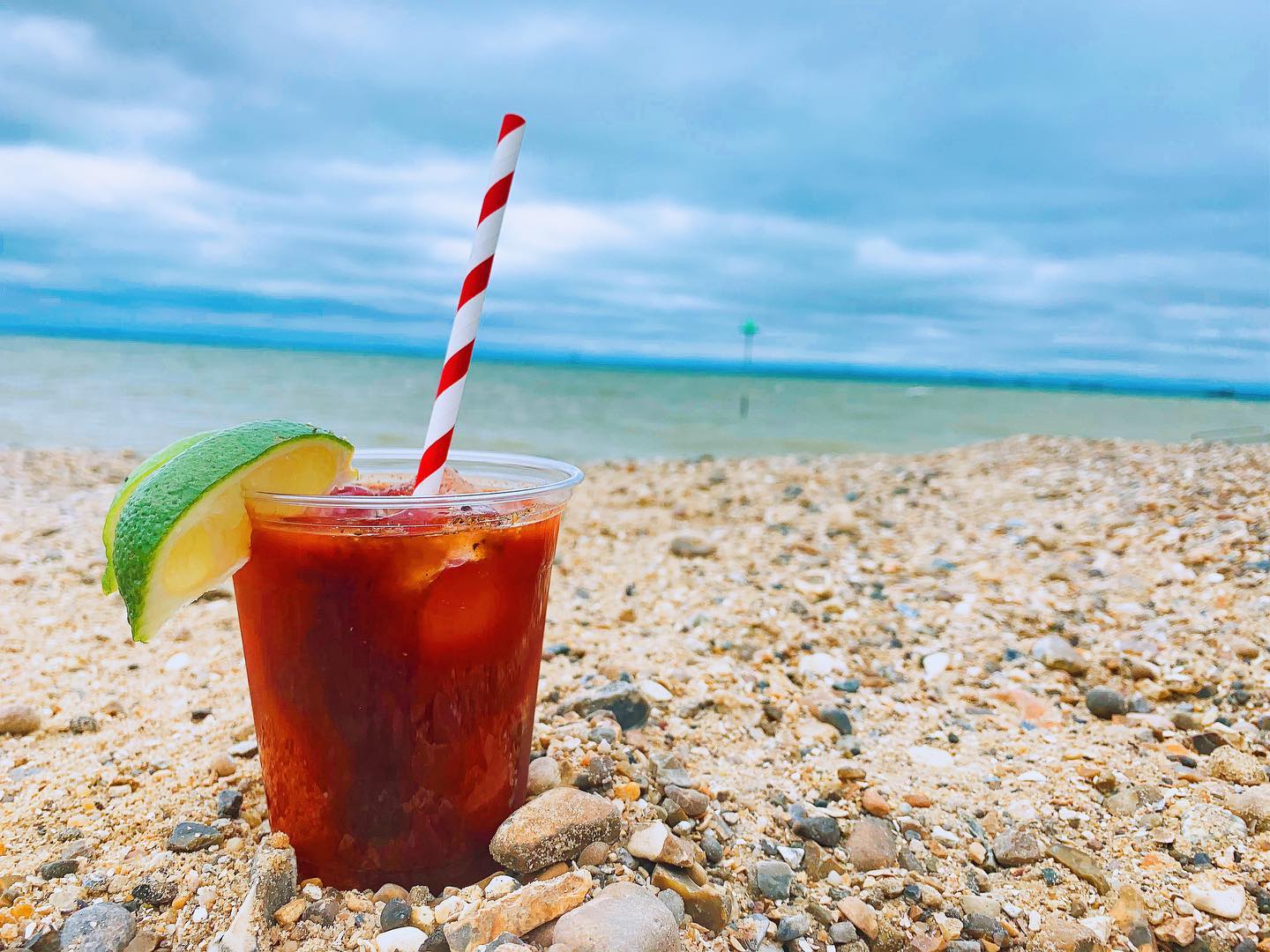 Later, as a young boy, his son, William B Pullum, started work as a fish porter and the badge was passed on. After some years of hard graft, he started his own wholesale business selling fish far and wide, soon opening fish and chip shops and fishmongers in London and Rochford.

He was also known as Billy Hundreds…

William B Pullums wife & his daughter, Yvonne, worked all their lives in the shops. His daughter pushing a handcart, laden with fish in wooden boxes from Rochford station to the shop on her own during the war. She went on to help set up and run the first supermarket fishmongers in the country. Yvonne’s daughter, Boo, was National Fish & Poultry Craftswoman of the year 5 years running.
Boo’s Father, Gordon, joined the firm in the early 1960s after a successful career in the Royal Marines; he went on to become a Master Fishmonger and President of the National Federation of Fishmongers and was a judge in the British fish craft championships.

He is known as young Hundreds… 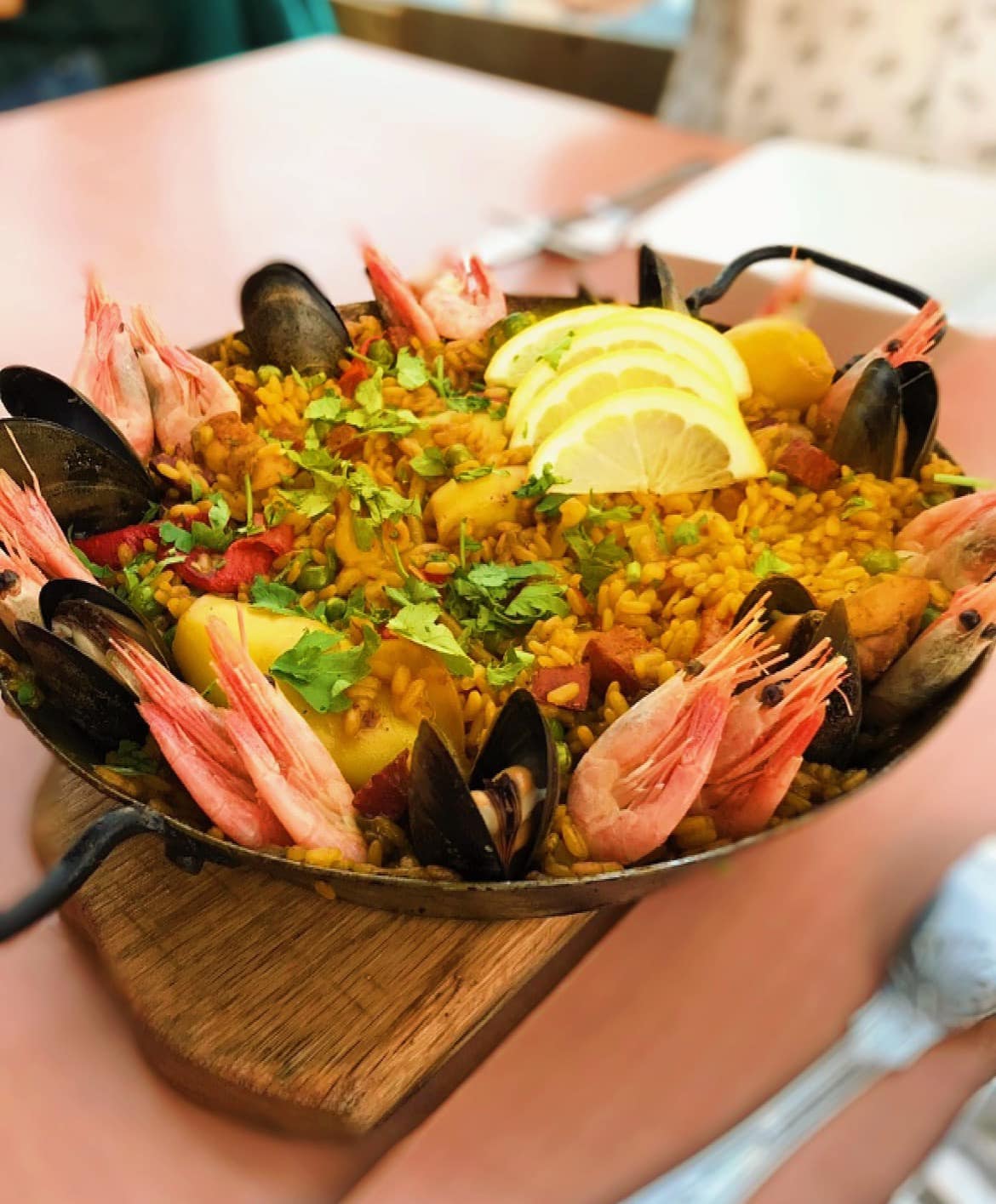 Yvonne & Young Hundreds’ Son, Graham, worked with fish since he was a young lad and spent many early mornings on trips to the “Gate” with his father. He had the opportunity to work with some of the freshest fish from the Market and local fishermen. A self-taught chef, he spent time in Spain working in kitchens and studying Spanish cuisine.

Auntie Boo ran 100s as a small, successful café over 20 years ago; Graham brought his knowledge of Spanish cuisine and transformed 100s, the café, into Billy Hundreds Fish n Tapas Restaurant. In 2018, Grahams Son, Jordan (who joined the family business in his early 20s) & his business partner Claire (who managed the kitchen for Graham for 6 years) took over & continue the Billy Hundreds legacy.

I hope you’ve enjoyed our brief history lesson and feel confident that the fish and food you eat is sourced, cooked, and served with a passion cast from years of dealing with the finest produce possible and a wealth of experience spanning over 150 years.

We are, Billy Hundreds

This is an absolute gem of a restaurant. I live in London so I am spoilt for restaurants but this place stands up to any of the fish tapas places in London. Fantastic location – on the beach, away from the tourism of Southend. I loved it so much I ate there three days in a row. You need to book at busy times.

This is an absolute gem of a restaurant. I live in London so I am spoilt for restaurants but this place stands up to any of the fish tapas places in London. Fantastic location – on the beach, away from the tourism of Southend. I loved it so much I ate there three days in a row. You need to book at busy times.

Toggle Sliding Bar Area
We use cookies on our website to give you the most relevant experience by remembering your preferences and repeat visits. By clicking “Accept All”, you consent to the use of ALL the cookies. However, you may visit "Cookie Settings" to provide a controlled consent.
Cookie SettingsAccept All
Manage consent

This website uses cookies to improve your experience while you navigate through the website. Out of these, the cookies that are categorized as necessary are stored on your browser as they are essential for the working of basic functionalities of the website. We also use third-party cookies that help us analyze and understand how you use this website. These cookies will be stored in your browser only with your consent. You also have the option to opt-out of these cookies. But opting out of some of these cookies may affect your browsing experience.
Necessary Always Enabled
Necessary cookies are absolutely essential for the website to function properly. These cookies ensure basic functionalities and security features of the website, anonymously.
Functional
Functional cookies help to perform certain functionalities like sharing the content of the website on social media platforms, collect feedbacks, and other third-party features.
Performance
Performance cookies are used to understand and analyze the key performance indexes of the website which helps in delivering a better user experience for the visitors.
Analytics
Analytical cookies are used to understand how visitors interact with the website. These cookies help provide information on metrics the number of visitors, bounce rate, traffic source, etc.
Advertisement
Advertisement cookies are used to provide visitors with relevant ads and marketing campaigns. These cookies track visitors across websites and collect information to provide customized ads.
Others
Other uncategorized cookies are those that are being analyzed and have not been classified into a category as yet.
SAVE & ACCEPT